The artistic evolution of advertising posters portrayed by Menarini 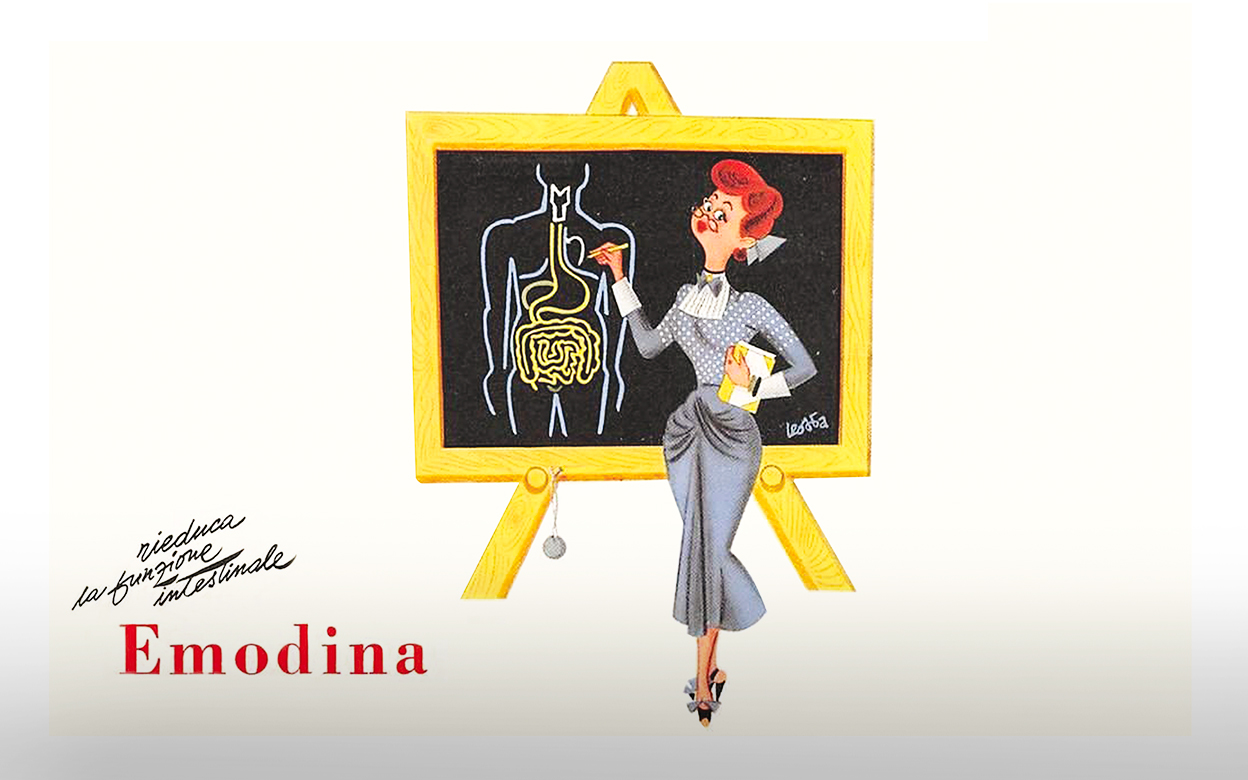 The union between medicine and art has always been one of the cornerstones of the Menarini Group, combining through a number of initiatives its two souls, the scientific and the artistic, in order to promote the ancient tradition of the humanist doctor.

An example of this is Minuti, the informative magazine by the Fondazione Internazionale Menarini, which has both a Scientific Edition, providing information and updates on pathologies and therapeutic approaches, and an Artistic Edition, aimed at encouraging sensitivity and love for art.

Moreover, since 1956 the Menarini Group regularly publishes its Art Volumes series, monographs dedicated to the masters of Italian painting and sculpture. The most recent volumes are dedicated respecitvely to Raffaello, edited by art historian Cristina Acidini, and to Giorgione, edited by art expert Giorgio Federico Villa.

The Pills of Art videos are another staple of the Menarini Group, which lead us to the discovery of the masterpieces of Italian Renaissance Art in a few minutes of video.

There is also another art form, a more contemporary and perhaps lesser known one, evolving in time and style, which is inextricably tied to the Menarini Group by its very nature: the advertising poster. The poster is one of the earliest forms of advertising and sees its origins in the process of industrialisation that swept across Europe in the second half of the 19th century. The modern poster, which places more emphasis on images rather than text and fulfills at the same time an artistic and advertising function, was definitely consecrated as an art form by the famous réclames by Henri de Toulouse-Lautrec and Alphonse Mucha distributed at the end of the 19th century.

And at the end of the 19th century also begins Menarini’s story: in 1886 Archimede Menarini opened the “Farmacia Internazionale Menarini”, in Via Calabritto 4, Naples. At that time, most of the “remedies and medicines” were prepared directly by the pharmacist according to the instructions of the physician and the Farmacopea Ufficiale del Regno d’Italia. It was during this period that Menarini’s first advertising poster was created by the Emilian painter Giovanni Guerzoni (1876 – 1948) for Metarsile, a tonic based on Iron Phospho-Methylarsinate. 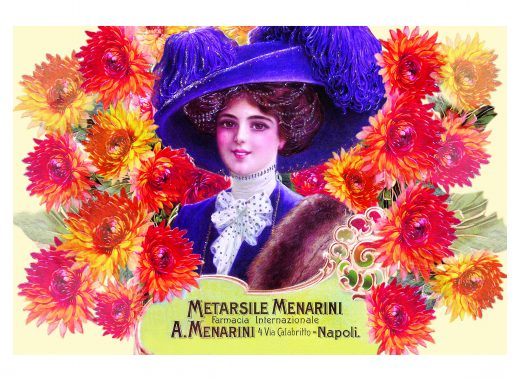 Guerzoni’s recurrent themes are beauty and youth, which can also be observed in the Metarsile poster in the orange flowers framing the face of a smiling young woman. The fullness of the image is already reminiscent of the Art Nouveau style (which in Italy was known as liberty), while the woman’s soft, nuanced features still bear a trace of Impressionism.

Another Menarini poster for Sanoderma, a toiletry powder, is in full Art Nouveau style: we can appreciate the sinuous, dynamic lines and the frame saturated with rich decorative elements and floral motifs: 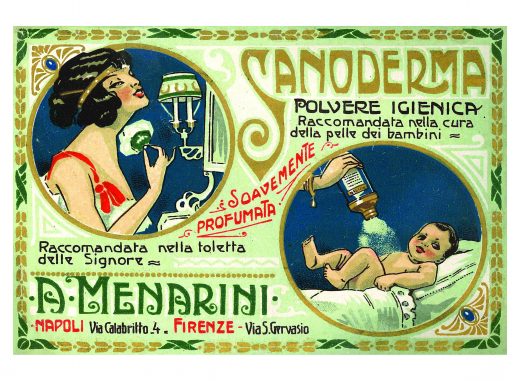 As the years went by, Archimede Menarini decided to leave his profession as a 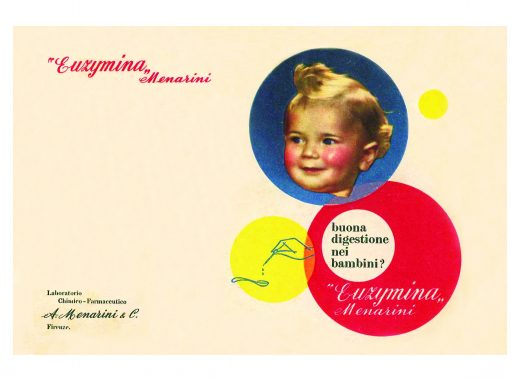 pharmacist and focus on the research and production of pharmaceutical products instead. In order to do so, in 1915 he moved to Florence, the city that to this day houses the Group’s Headquarter and where the first production plant was established. The style of Italian advertising posters after the First World War was dominated by the influences of Futurism, with bold colors and highly geometrical shapes. We can find an example of this style in Menarini’s poster for Euzymina, a digestive for children.

The 1930s also saw the rise of the Art Déco movement, which in the visual arts exalted modernity through precise, clean lines and strong contrasts. This poster for Metarsile Menarini, for example, seems to be inspired by the women depicted by the Polish painter Tamara de Lempicka:

We finally come to the post-World-War Two period: in 1956 the first issue of Minuti was published, with a single multidisciplinary edition covering sciences, art, humanistic and social issues.

The covers of Minuti’s early editions feature the classic retro style of the 1950s, in which photography begins to play a major role: bright, varied colors and glamorous, smiling women with the unmistakable make-up of the time (winged eyeliner, bold lipstick and full, arched brows) dominated the scene, paving the scene for what will soon become the Pop Art movement. 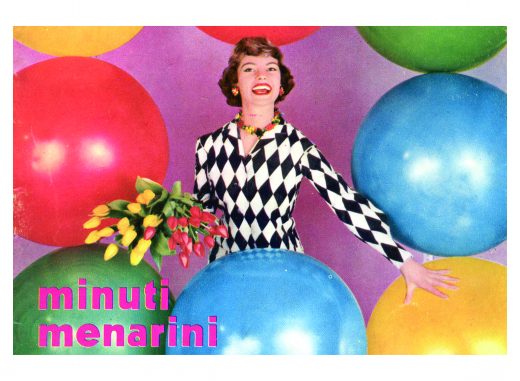 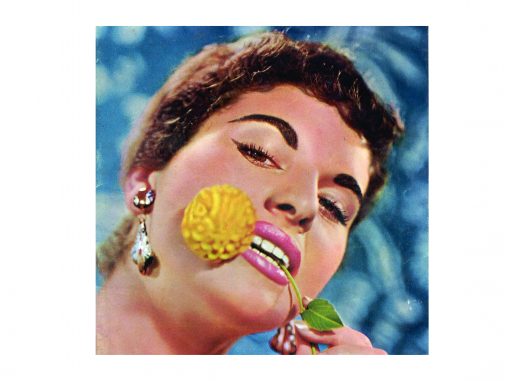 Over the course of the following years, the Menarini Group would continue to change and expand, until it became the large international company that we know today. One thing that has not changed, however, is the Group’s love for art in all its forms – a love that does not fail to include even the most contemporary movements and styles.