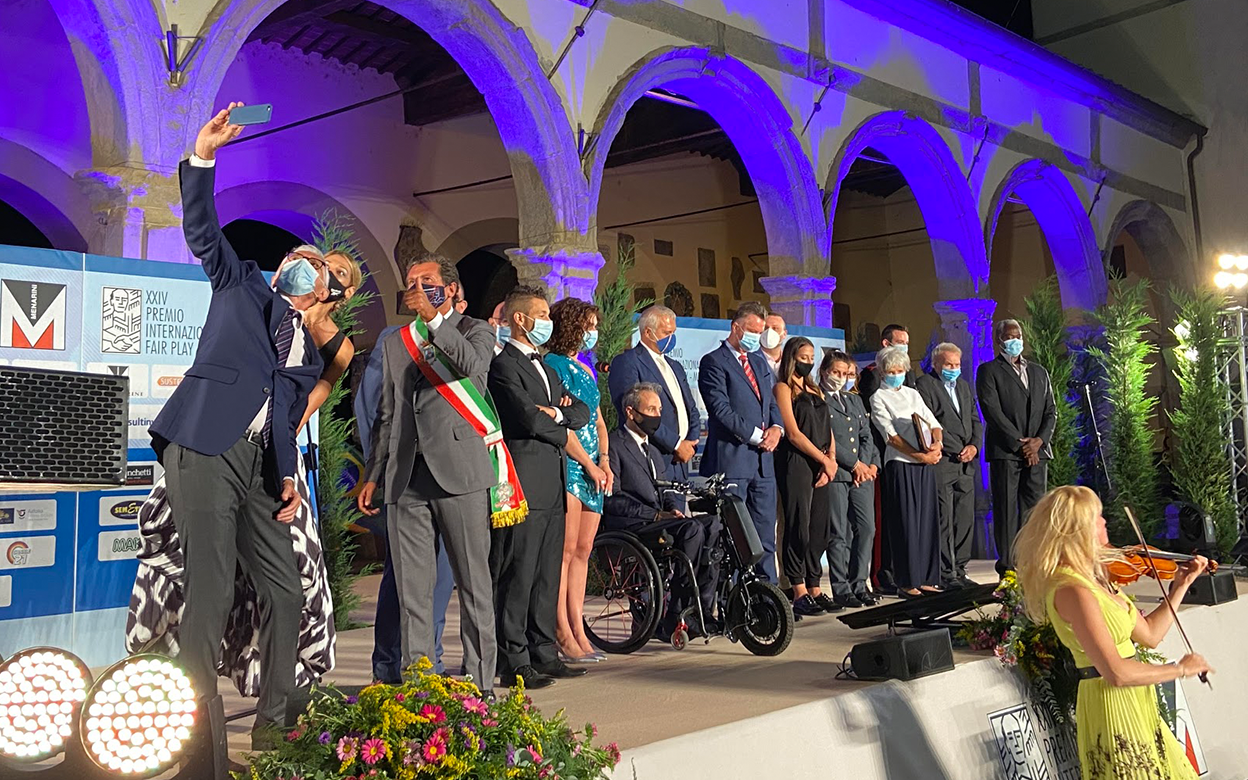 The achievements of the great sports champions were at the center of the XXIV Menarini International Fair Play awards ceremony. On Thursday, September 10th, Castiglion Fiorentino City Hall Square greeted a great number of athletes and internationally renowned personalities, irreproachable examples of human qualities such as commitment, solidarity and respect for the rules.

The International Fair Play Award – of which Menarini Group has been proudly Title Sponsor for 8 years – has the purpose of rewarding athletes who built a virtuous agonistic path, transforming their careers into a role model from which the new generations can be inspired.

The meaning of Fair Play, has even more value today: the health crisis due to Covid-19, in fact, imposes correct and responsible behavior on the community, just as the sports world has always been teaching.

The pair of announcers formed by the journalist Lorenzo Dallari and the former volleyball champion Rachele Sangiuliano honored – among exciting stories, anecdotes and memories – a group of outstanding champions, such as: the former Cuban volleyball star Joel Despaigne and football legends of the caliber of José Altafini, world champion with Brazil in 1958, and Zibgniew Boniek, symbol of Juventus, Rome and Poland at the turn of the 80s.

The Fair Play ward also went to football coaches Arrigo Sacchi and Louis Van Gaal – already winners of the most important international club prizes – and to the coach of the Italian waterpolo team Alessandro Campagna, Olympic champion as a player and then world champion as a coach of Settebello.

Also awarded were the motorcyclist Manuel Poggiali, 125 and 250 cc world champion, the young gun of Italian swimming Benedetta Pilato, the internationally renowned golfer Federica Dassù, and the sisters Elena and Nadia Fanchini, for a long time stars of Italian alpine skiing. The “Sport beyond Sport” award went to the sailor Andrea Stella.

The former Formula1 driver Giancarlo Fisichella was also awarded – although absent from the awards ceremony, because racing with Ferrari in Magny Cours – and received his prize during the presentation press conference. No shortage of special prizes awarded during the gala evening: the special “Sustenium Energy and Heart” went to the Super G world champion skier Dominik Paris, and the Fiamme Gialle Award “Training and Sport” to the Italian champion rhythmic-gymnast in hoop specialty Gaia Di Trapani. 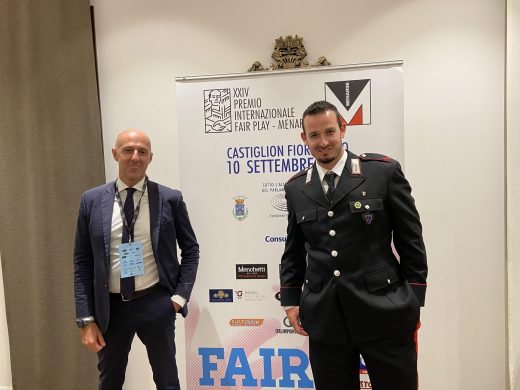 Emotional moment during the evening was the granting of the “Social and Civil Commitment” Award to FNOMCeO (National Board of Doctors, Surgeons and Dentists) and FNOPI (National Federation of Nursing Professionals), for their commitment to fighting Covid-19: everyone’s tribute went to doctors and nurses for putting the vocation for their work first and foremost.

Particularly touching was also the commemoration of the journalist Franco Lauro, former anchorman and great friend of Menarini Fair Play Award, who died prematurely in April 2020: the special award “Narrating Emotions” in his name went to Dario Ronzulli, basketball reporter like Franco Lauro.

“The XXIV edition of Menarini Fair Play Award is certainly the hardest we have had” said Ennio Troiano, Corporate Director of Menarini Group Human Resources. “Due to the Coronavirus and the lockdown 2020 was a difficult year, probably the toughest year for Italy since World War II onwards. With this event we want to demonstrate that through values like fair play, respect and altruism, the community is able to achieve important results and, at the same time, we want to give a smile to those present, to those who watch the broadcast on television or read of this Award. Seeing so many champions all together, in such a difficult moment, is a truly significant message”.

“Model for the younger generation” Award

“A lifetime of Sport” Awards

“A lifetime of Sport” Awards

The winners of the XXIV edition

Below are all the prizes awarded during the XXIV Menarini International Fair Play Award: