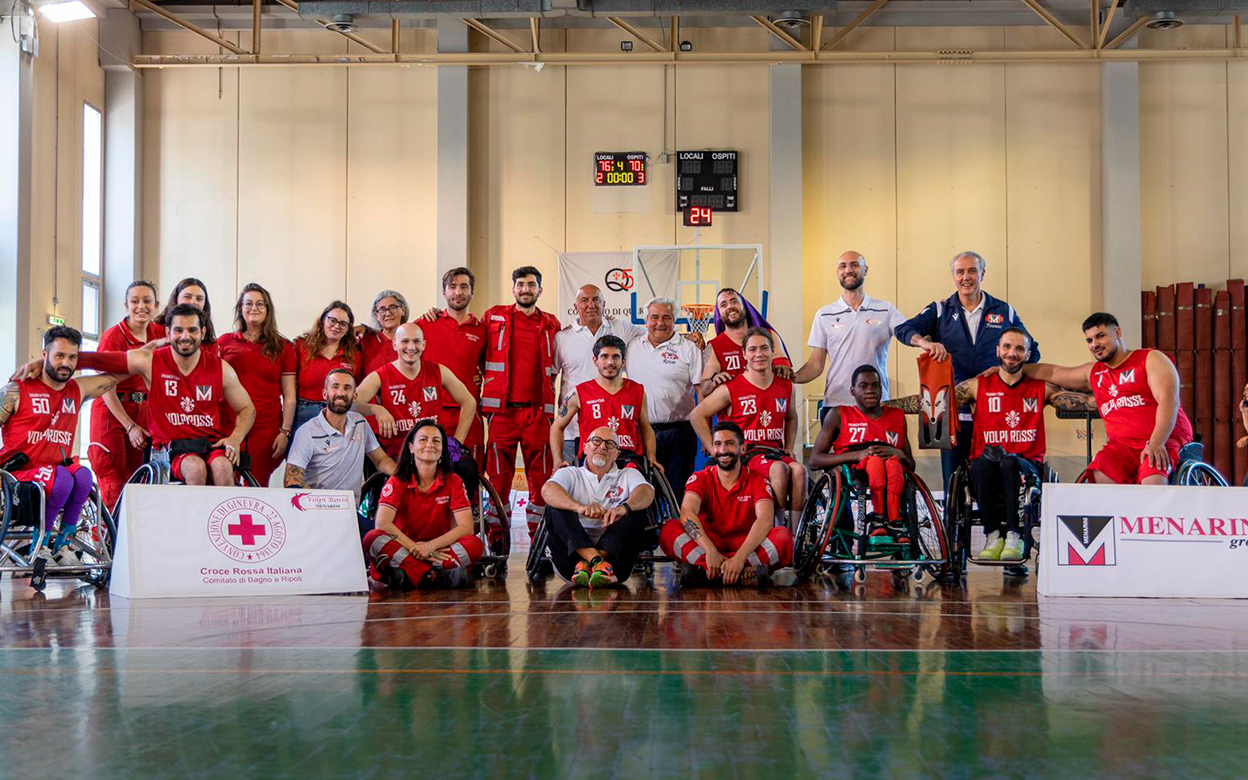 They finished third in the B group of the A series and achieved impressive victories against teams of great caliber such as Bergamo and Porto Torres. This is just a small summary of the Volpi Rosse Menarini’s accomplishments in their first A series championship, not to mention the much more significant role that the wheelchair basketball team has played in the national sports scene. 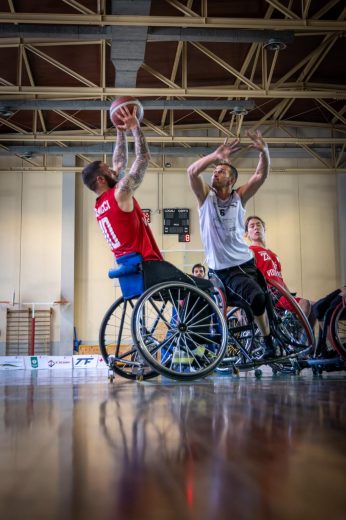 The players led by coach Marco Bergna have managed to go far beyond their court scores. They have become a team that looks more like a family, where the players aim to break down prejudices and build a group that believes in the values of commitment, respect and cooperation.

A project made possible by the great willpower of the athletes, families and coaches, and enriched by the contributions of many volunteers, including the President Ivano Nuti, a point of reference for the group and the managerial soul of the sports club.

Joining the 2021/22 A series championship was a significant achievement for the Volpi Rosse Menarini and for sport in Florence in general. Their story is a crescendo of emotions that reached its peak in May 2021, when the sports club saw the promotion of the senior team to the A series championship and the victory of the junior team in the youth championship, all in the span of a few days. With these premises, the challenges of the 2021/22 A series were accepted with the enthusiasm of a team proud to represent their city and Tuscany in the panorama of International and National Wheelchair Basketball. 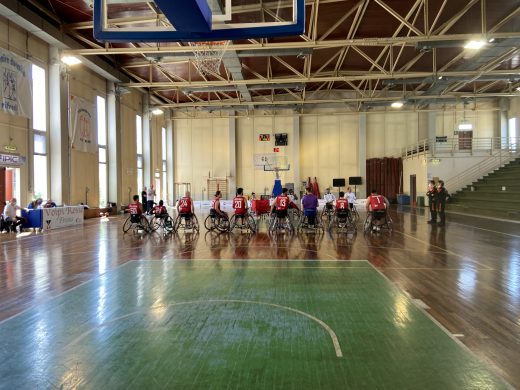 The goals achieved by the Volpi Rosse were not by chance; on the contrary, they come from afar. It all began in 2005, thanks to the commitment of the President Ivano Nuti. The partnership began with very few participants and a small gym, and it kept going with great passion until it reached the current 30 enrolled athletes. A number that is by no means taken for granted in a discipline that still isn’t widespread throughout Italy.

During these years, the club has also developed a meaningful project called “Oltre l’Ostacolo” (Beyond Obstacles), in order to spread awareness about Wheelchair Basketball. This well-organized initiative has been going on for 9 years and has seen the participation of many schools in Florence and its province, thus spreading the values of integration and social inclusion that are the first step towards breaking down the cultural and mental barriers which often create limits in relationships and communication between individuals of all sexes and ages.

The Menarini Group has fully embraced the Volpi Rosse mission. The Group’s contribution began in 2011 and has allowed the sports club to pursue its goals in a more structured manner, bringing its message of integration and inclusivity to schools and having all children play wheelchair basketball.

“Menarini’s values are in line with ours, especially when it comes to mutual trust,” stressed President Nuti, “It’s a beautiful exchange that represents a wonderful value.”

These words of mutual respect find confirmation in those of Lucia and Alberto Giovanni Aleotti, shareholders and members of the Menarini board: “We are proud of each and every player and member of the Volpi Rosse Menarini. For ten years we have been following their determination, will and perseverance. They uphold the banner of true values that we share in full and have shown that with the strength of the team, goals can be reached, and challenges overcome.”

And an even more stimulating challenge will be to affirm themselves in the near future. The arrival of a new technical coach of value such as Marco Bergna, one of the most successful Italian coaches at an international level and a man of great charisma, has given new life to the team.

The arrival of the new coach was met with great enthusiasm, especially because it is part of a large-scale project that will also involve the junior team. This small revolution, together with the experience accumulated by the athletes in a demanding tournament such as the A series, will give even more energy to a group that keeps raising the bar of their standards.

President Ivano Nuti is also convinced of this. During the last game of the championship, he declared:

“Our first A series season gave us a very good championship. There were no relegations, but even if there had been, we would have been safe by mid-season. Now, in anticipation of next year, we will try to better structure both the association and the team, we will see what purchases to make, we will try not to lose our players who are now highly sought-after athletes thanks to their performance. Many of them have grown up with us, others have joined over the years and have always been part of our big family. We are ready to approach the next challenges and aim for an improvement that will repay the trust of the Menarini Group, to whom we are all grateful for the enormous work of social inclusion carried out over time.“