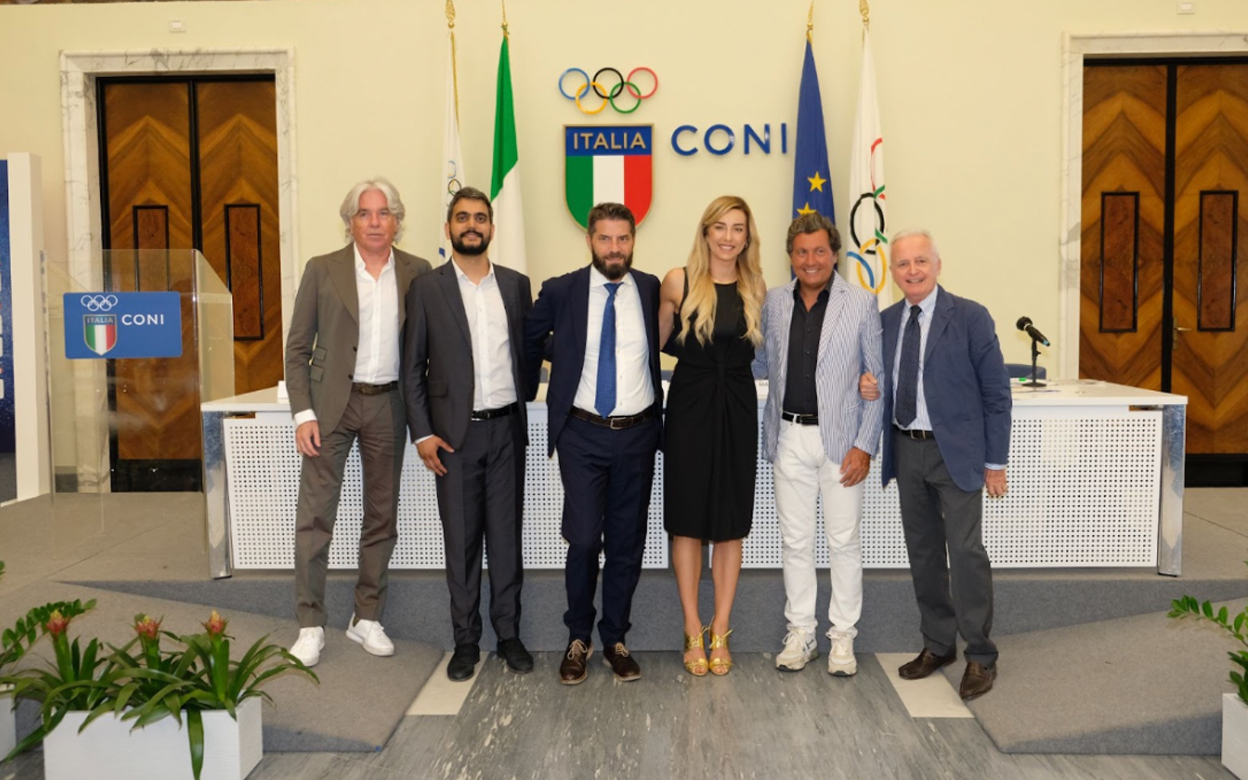 Sport is not only a simple form of entertainment, but rather a way of transmitting important values to build a more peaceful and responsible society.

This is the foundation of Fair Play, a deeply-felt concept that is also the cornerstone of the Fair Play Menarini International Award, now in its XXVI edition. The Award has gained more and more relevance in the panorama of sports culture thanks to the universal and irreplaceable values it highlights: playing by the rules, respecting your opponents and rejecting all forms of abuse, discrimination or marginalisation.

On the 23rd of June, the Salone d’Onore at CONI (the Italian National Olympic Committee) in Rome hosted a press conference announcing the celebration dedicated to the pillars of sports ethics and organised this year by the Fair Play Menarini Foundation. The prestigious award has revealed the list of the winners of the 2022 edition, as well as the details of the rich programme of events.

The shortlist of winners is filled with outstanding personalities that have written the history of world sport: athletes, coaches and managers who have always placed the principles of fair play at the forefront of their sensational careers. These virtuous champions were able to leave their discipline in a better condition than when they started practicing it.

Starting from Federica Pellegrini, one of the brightest stars of Italian sport and timeless champion of Italian swimming. Alongside her, another international swimming legend like the Australian Ian Thorpe, but also record diving champion Tania Cagnotto. There are also plenty of VIPs from the world of football, with renowned Argentinian coach Marcelo Bielsa and two heroes from the pitch who have played in AC Milan and the national team, Massimo Ambrosini and Roberto Donadoni. Another legendary footballer this year is Fabrizio Ravanelli, who will be receiving the Paolo Rossi Special Award in the Youth Role Model Category, a title bestowed on the award last year in memory of the 1982 World Cup champion who passed away in 2020.

The list of extraordinary talents involved in the upcoming edition also includes Australian motorcycle champion Casey Stoner, Alessandra Perilli, the target-shooting champ who brought home San Marino’s first-ever Olympic medal, and former volleyball player and trainer Marco Bracci. Alongside them are taekwondo athlete Vito Dell’Aquila, winner of a gold medal at Tokyo 2020, and Stefania Constantini, who gave Italy its first-ever Olympic medal for curling with a gold in the mixed doubles. The duo of Giacomo Bertagnolli and Andrea Ravelli will also bring their impressive achievements in Paralympic Alpine skiing to the Fair Play Menarini International Award.

But it is not only professional athletes who will receive awards.

“I can’t believe that we’ve made it to the 26th Fair Play Menarini International Awards”, remarked the President of the Italian National Olympic Committee, Giovanni Malagò. “I am proud of you all for what you do and the message you send, and I am impressed by your capacity to bring these sporting legends together to receive their awards. You are truly unique. Long live Fair Play, the Foundation, sport and Italy.”

While still remaining true to its traditional format, the XXVI edition of the Fair Play Menarini International Award will also present some novelties: there will be three events, starting with the talk show I campioni si raccontano (Champions tell their stories), hosted by Ivan Zazzaroni and broadcast live on the evening of Tuesday 5 July, from the Salone dei Cinquecento inside Palazzo Vecchio, Florence.

The traditional gala dinner will also be held in Florence on Wednesday 6 July in the panoramic location of Piazzale Michelangelo.

The closing ceremony, hosted by Lorenzo Dallari and Rachele Sangiuliano, will take place in Castiglion Fiorentino as usual, in the magnificent setting of Loggiato Vasariano in Piazza Municipio on Thursday 7 July, with a live TV Broadcast on Sportitalia.

The work to spread the values of Fair Play has turned into a twenty-six year long adventure, enriched in the last 9 years by the essential contribution brought by the Menarini Group, first as Title Sponsor and today by the Menarini Fair Play Foundation, which organised this year’s edition.

“We are very excited about the list of winners in the first awards organised by us” announced Antonello Biscini, Valeria Speroni Cardi and Ennio Troiano, Board members of the Fair Play Menarini Foundation. “The event’s first quarter-century may be behind us, but our attention is focused on the future and how best to celebrate this and all subsequent editions, which will be packed with surprises and sporting greats. Menarini will continue to promote the values of Fair Play through the achievements of sport’s top champions in the hope that these values will become an ever-greater part of society as a whole.”

The categories and winners of the XXVI Fair Play Menarini International Award are:

Federica Pellegrini and Ian Thorpe: the virtuous example of the 2022 edition of the Fair Play Menarini International Award