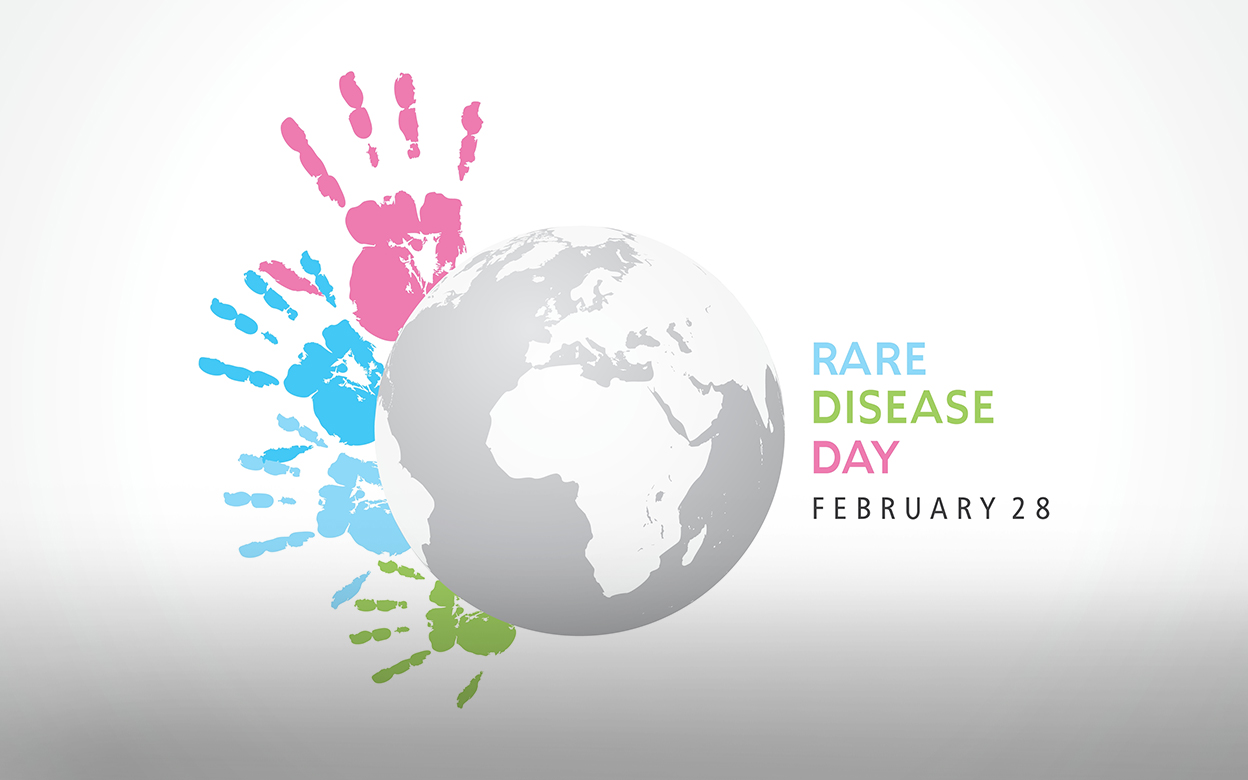 28 February is universally recognised as World Rare Disease Day. This is a significant date for the Menarini Group, which counts among its core values the research on yet unresolved pathologies and infectious diseases, with particular attention to rare diseases. The Group is committed to the development of new therapies that can address the unmet needs of patients affected by rare and severely debilitating diseases, elevating the standards of care and always putting the patient’s well-being first.

Rare diseases currently afflict a large number of people, ranging from 3.5 % to 5.9 % of the global population. There are an estimated 300 million people worldwide affected by rare diseases.

To this day, more than 6,000 different types of rare diseases have been identified, 72 % of which have a genetic origin, with the remainder having an environmental, infectious or allergic origin. The European Union considers a disease to be “rare” when it affects the population with a frequency of at most 1 per 2,000 citizens.

The fight against the most serious conditions is rather complex, because only 6 % of people affected  by a rare disease manage to find an effective medical solution. The fact that effective treatments are often not available increases the level of pain and suffering endured by both the patients and their families.

Networking and sharing experiences has become one of the best solutions for a proactive approach to treatment. In fact, networking is one of the most valuable assets for rare disease patients, and in 2022 it has evolved into a community strengthened through the internet and social media.

The introduction of World Rare Disease Day is not only a positive reminder of the energy that rare disease patients put into their lives every day, but also a valuable opportunity to make them feel less isolated in their ongoing struggles.

Moreover, 28 February (and the associated events spread throughout the month) is a moment of global education and information that aims at raising public and institutional awareness about a complex topic, which in many cases is still widely unknown.

Every year, there are more than 600 events for Rare Disease Day, 275 of which are held in Europe alone. In Italy the campaign “Lights on Rare Disease” aims to light up with the Day’s chosen colours the most representative monuments of several Italian cities, in order to draw attention to the social and clinical issues of people living with a rare disease.

Many opportunities for meaningful exchanges can be found all over the world, as all continents take action to provide moments of reflection involving activities, seminars, panel discussions, meetings and fundraisers.

Although BPDCN is mostly diagnosed in elderly patients, it may occur at any age,1,2 with men three times more likely to be affected than women. There are roughly 700 cases in the United States and 1000 in Europe.3

BPDCN not only presents as skin lesions but also has a hematologic component. Its similarity to other blood cancers has contributed to its frequent misdiagnoses and very poor prognosis. This highlights the urgent need to raise awareness of the disease to ensure proper diagnosis and better outcomes for patients.