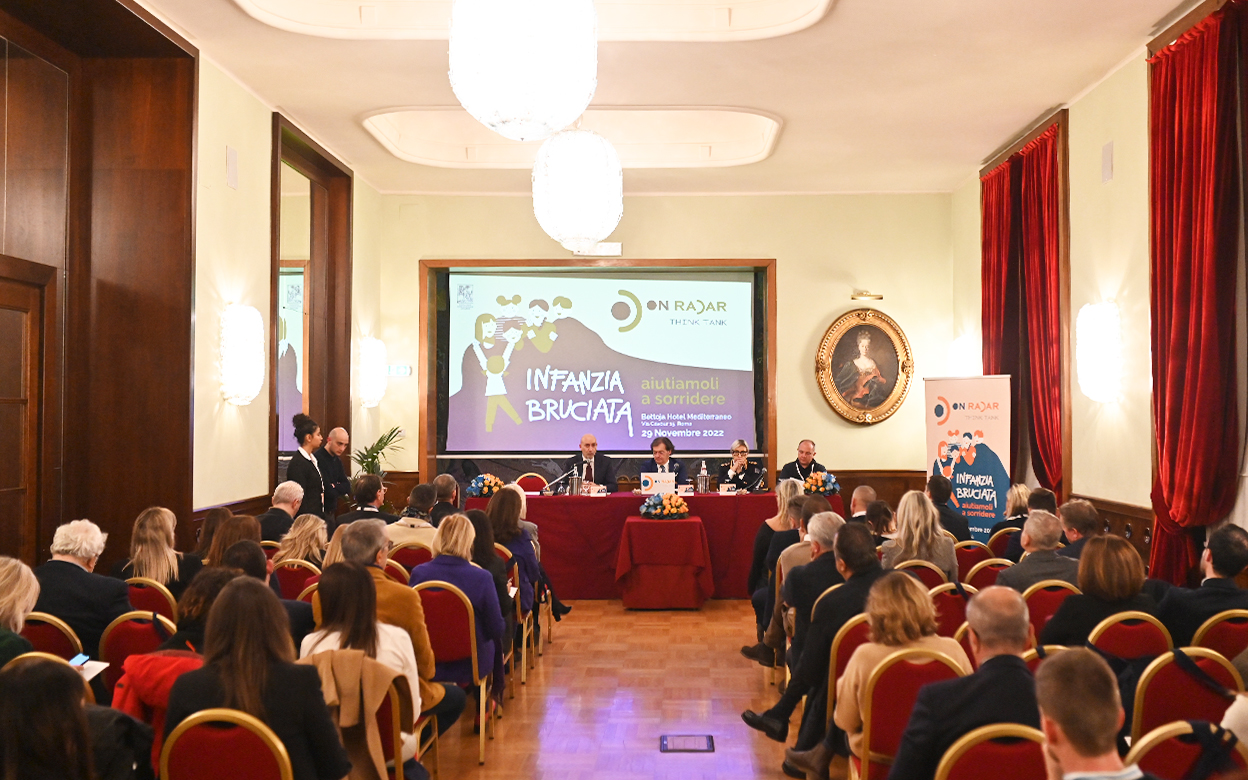 On September 8, On Radar – the Think Tank of the Fondazione Internazionale Menarini – was officially launched. The new Think Tank is presided by Massimo Scaccabarozzi, former President of Farmindustria and president of Roma Expo 2030 and it represents an absolute novelty in the panorama of Menarini’s activities.

On Radar serves as a laboratory of thoughts, ideas and dialogue that focuses on the main topics of our time, promoted by an international reality such as the Menarini Group that has been advocating for years the development of knowledge in multiple humanistic and scientific fields, with constancy and abnegation.

The goal is to monitor social changes, analyze global issues and find solutions for a more positive future.

When On Radar was presented during a press conference, there was already a strong desire to create an outstanding, experienced working group that could provide concrete answers to real issues.

And on Tuesday, November 29, the first meeting dedicated to the issue of child abuse was held in Rome, with the title “Lost childhood. Let’s help them smile.”

The group went from the identification of a sensitive topic such as children’s health and moved on to an in-depth analysis of the issue. There are around 9 million minors in Italy, and about 9 % of these is subjected to some form of abuse, 85 % of which is psychological, 10 % physical and 3 % sexual. These alarming data were aggravated by the pandemic outbreak.

These numbers cannot slip under the radar; instead they call for a coordinated network to support families and schools in preventing any form of distress.

The main point that emerged from the discussion table is that child abuse cannot be fought by looking at it from a single perspective. Abuse encompasses various issues that range, for instance, from violence on digital platforms and discrimination on social media to children being exposed every day to potentially risky web content. As a result, younger and younger children are often subjected to online abuse and later become its perpetrators.

The distress of minors resulting in social isolation is becoming a substantial problem. For this reason, along with many others, a multidisciplinary team of experts was involved to address the many facets of such a sensitive issue from different angles.

“The true protagonists of the project, which I prefer to define as a process, are those who are part of the Think Tank,” said Massimo Scaccabarozzi, “We had with us a panel of experts composed of 28 experts from the world of institutions, including child neuropsychiatrists, pediatricians, teachers and educators, officers and magistrates. I think all of them have done an extraordinary job, and we are very happy because these people have taken it upon themselves to make concrete proposals to be shared in the future with the institutions in order to offer children a better future and a better world.“

Among the personalities involved, there was an especially relevant intervention of Professor Pietro Ferrara, coordinator of the Child Abuse and Mistreatment group, Professor of Pediatrics at Campus Biomedico University, Honorary Judge in the Juvenile Court of Rome and national representative of the Italian Society of Pediatrics for Abuse and Mistreatment, who said: “New forms of abuse are taking shape, for instance towards children of high-conflict couples or those with incarcerated mothers; but also cyberbullying and child pornography, that have increased exponentially over lockdowns. Therefore, nowadays it is more appropriate to talk about negative experiences in childhood. A broader problem that can be countered by doing prevention. For example, by creating an open relationship and dialogue with children, explaining to them why an adult’s bullying attitude is wrong, then helping to recognize risky behavior, from the perspective of children. Basically, it’s about educating them to recognize behaviors that pose a danger to the child’s physical and psychological integrity.“

Lastly, both education and media play an important role. Claudio Burgio, a priest and founder of the Kayrós Association, has an authoritative point of view derived from his experience on the side of the weakest. In his speech, he reinforced the concepts expressed by Professor Ferrara by emphasizing a structural problem that is prominent in Italy: the shortage of qualified workers. “In the suburbs of many cities there is a void of adults and institutions. We must try to answer the cry for help from the new generations by giving more value to all those figures who are on the front lines to improve the lives of our young people. I am talking about educators, teachers, and all those people who are committed daily to a different future.”

Among the proposals that emerged was the creation of a permanent Observatory on Abuse within the Judicial Bodies and the promotion of a Network connecting public prosecutors’ offices and professionals operating in the field, to foster communication and ensure that individual situations are properly dealt with.

Another important aspect that was discussed was the involvement of pediatricians, in order to introduce potential indicators of distress when drafting the children’s health report, and the possible role of training courses to educate new mothers on the risks of disclosing photos of their children on social media, which can often become victims of child pornography.

The meeting ended with an appeal to the responsibility of information professionals from President Massimo Scaccabarozzi.

“To help, support, train, and inform, we also need communication, especially with regard to children, parents, and all professionals in the field. Communication is often needed to make the news. We hope to have support to convey positive messages that help kids, institutions, schools, professors and doctors through the promotion of our work. This is the best way for the network to reach out to more experts on the territory.“

The Volpi Rosse Menarini are ready for a great 2023, between the A Series and the European Championship