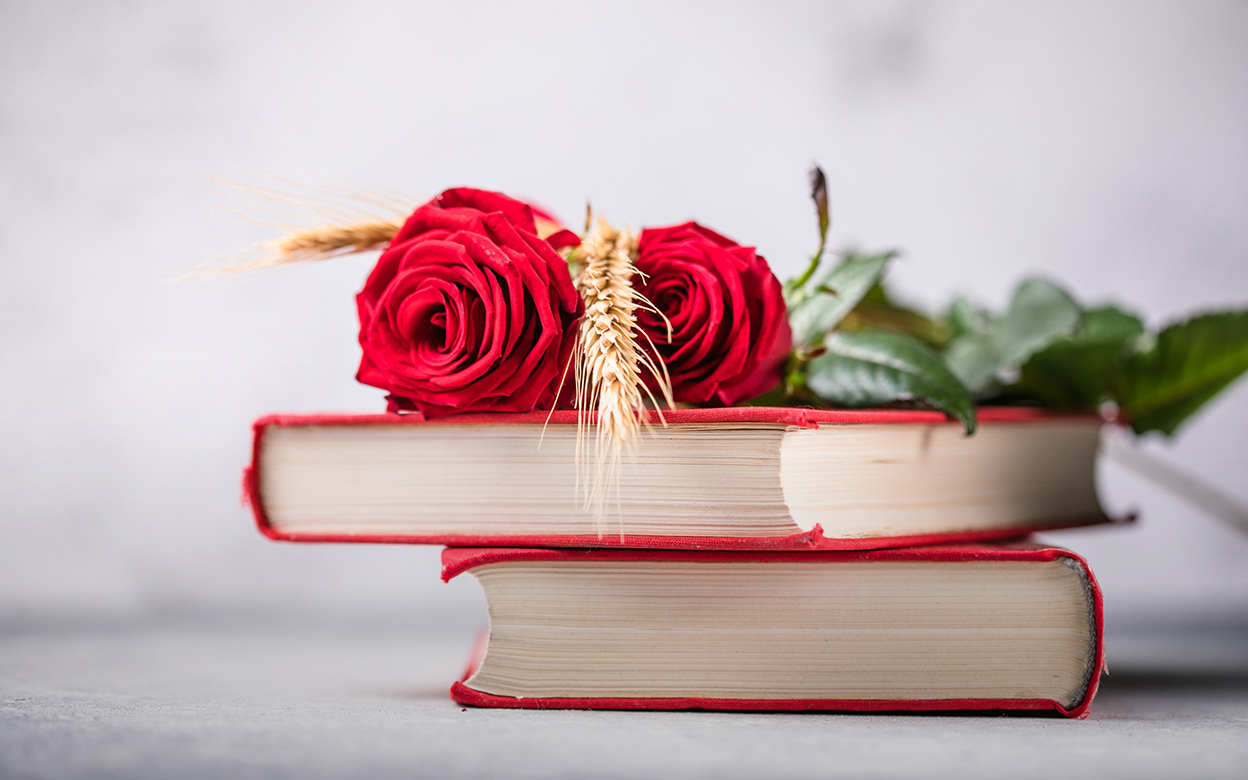 The Day of the Book and the Rose, between history and legend

Books and roses at every street corner and love in the air: these are the ingredients of Sant Jordi’s day, Catalonia’s patron saint who slew the fearsome dragon and offered a wonderful rose, sprouted from the dragon’s monstrous body, to the beautiful princess he had just freed.
Every year, on April 23rd, the gallant gesture of the valiant knight comes back to life for a day as the Catalans exchange gifts in the name of Love: red roses, like those blossomed from the blood of the dragon in the legend – the reddest ever seen. But also books, following an old tradition that has its roots in the 1920s, when Vincent Clavel Andrés, a Valencian writer and publisher living in Barcelona, had the idea of promoting a day dedicated to books. Three years later, in 1926, the King of Spain Alfonso XIII welcomed this unique initiative and established the Spanish Book Day.

The chosen date was October 7th, but already in 1931 it was moved to April 23rd, the day in which, in 1616, two giants of literature had died: the Spaniard Miguel de Cervantes and the Englishman William Shakespeare. Ever since, culture and love are intertwined on the Day of the Book and the Rose, celebrated on Sant Jordi’s Day: the day of lovers, when history meets legend.

It’s a special day in Barcelona. There are countless stalls full of books and flowers at every corner of the city, turning it into a giant open-air library and rose garden.
On the streets, people stroll looking for a gift for their “better half”, but also for a friend or a relative. Roses for women, and words to read for men, or so tradition would have it. But traditions, as we know, change with time, and today many Catalan women say they prefer books to flowers, or that they want both books and roses.

Menarini Spain’s initiative for a “virtual Sant Jordi” during Covid 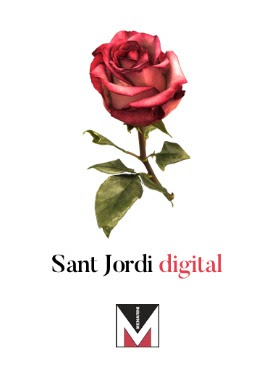 Although since 2020 the health emergency has caused every public festival to be cancelled, Menarini Spain didn’t want to give up on honouring this special day and created an online portal dedicated to Sant Jordi, with reading tips, cultural initiatives and creative ideas, so that families can celebrate the day without leaving home.
And there is no shortage of ideas here.
By visiting the Sant Jordi digital portal, available in both Castilian and Catalan, you’ll be catapulted into a “virtual book” divided into four chapters, each with a different “story” made of initiatives and suggestions.
The first chapter is dedicated to literary tips and contains a wide and varied selection of titles for young and old: from timeless classics to freshly-printed illustrated books, passing through the award-winning anthology of rhymeless verses, Cajita de fósforos, the “matchbox” igniting children’s imagination with a hundred years of Ibero-American poetry.
And then the most interesting editorial novelties including novels, essays, thrillers, written by emerging writers as well as established authors who already receive ample recognition in the panorama of international literature.
These include Maryse Condé, the Caribbean “black author without make-up” and winner of the “alternative” Nobel prize, the French Moroccan Goncourt Prize winner Leïla Slimani, or the great Spanish novelist Eduardo Mendoza.
Thus, thanks to Menarini Spain’s initiative, the best of modern Iberian and international literature is just a click away: anyone can decide to buy a book to make themselves or a loved one a gift, in the true spirit of Sant Jordi.
Another click will lead you to the second chapter of cultural suggestions, which offers a series of online exhibitions, conferences, videos and many other events to be discovered.
There is also the possibility of sending a single rose or bouquet throughout Spain as a romantic gift.
But Sant Jordi is not just books and flowers: it’s creativity, fantasy, imagination. Therefore, in the third chapter, called “With your hands”, you can find recipes and tutorials to craft in a simple, fast and sustainable way, as well as small tricks and secrets to teach children how to write their story and put on paper the amazing adventures of their imaginary worlds. And that’s not all yet.
After launching the #únetealverde ecological campaign in 2020, Menarini Spain could not fail to promote environmental sustainability with a series of themed reading suggestions, from plastic pollution to climate change, in order to raise awareness among older and new generations to the steps that need to be taken to safeguard the planet.

In short, in this virtual Sant Jordi created by Menarini Spain, there is really something for each taste and age. And if there is one lesson we can learn is that, despite having to maintain a physical distance, no obstacle can stop imagination, fantasy and love.

Women and Pharma: the Menarini model