Playing a sport helps to define our lifestyle. People choose to take up a sport for many reasons: maintaining and improving their health, needing an escape from the daily routine, and wishing to take care of their bodies.

There are also those who play sports in the name of competition, the desire to have fun, the possibility of belonging to a team and being part of a group. Passion and fun are just some of the motivations that drive people towards sport.

Sport is first and foremost a model of values, an environment that has the ability to teach us and make us learn useful behaviors for personal growth. It plays a primary social role, as it represents an educational tool and an extraordinary catalyst for positive universal values.

The Menarini Group strongly believes in the educational value of sport and for many years has been committed to supporting those projects that use it as a means of social development for the community. 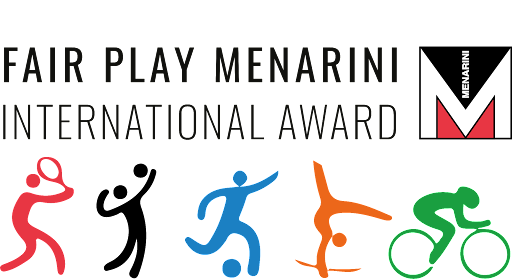 Starting with the Fair Play Menarini International Award, which for over 25 years has been promoting the great values that the company embraces every day in all its areas of action: Ethics, Loyalty and Respect.

It is a recognition of the champions’ careers and of the most influential protagonists on the world sports stage. Over the years, this award has also become an event full of opportunities for institutions and athletes to meet. The 2022 edition will take place from 5 to 7 July between Florence and Castiglion Fiorentino and will uphold the core principle of the award: the celebration of those personalities who have distinguished themselves as examples of virtuous behavior, on and off the playing field.

The Fair Play Menarini International Award is to all intents and purposes a unique container of teachings for the new generations, to help them understand the core principles through which the Florentine pharmaceutical Group supports sports. 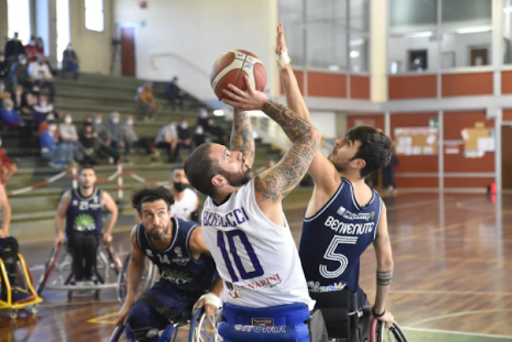 Moreover, the same values of Ethics, Loyalty and Respect find fulfillment in the everyday life of the Volpi Rosse, the Florence-based wheelchair basketball team that plays in the Italian Serie A championship and perfectly represents how the unity between passion and inclusion leads to splendid results.

Since 2011, when Menarini proudly became the main sponsor of the Florentine team, many remarkable goals have been achieved. And we’re not just talking about winning matches or trophies, but truly exceptional results in terms of participation. Thanks to the work done in schools and the promotion of wheelchair basketball in the area, today the Menarini Volpi Rosse (VRM) sports club has around 30 athletes, including three national teams, divided into three groups: one for youngsters (recreational-sports), one for adults (competitive) and one for basketball schools.

In 2021, after winning the Serie B championship, the Volpi Rosse Menarini won the right to play in the Serie A and the youth team won its first championship in the FIPIC Italian Youth Championship. Two rewarding moments, wanted and deserved, for a tenacious, inclusive group motivated to make wheelchair basketball a reality of reference in Italian sport, in the front line to spread integration and to break down physical, social and cultural barriers.

While the Volpi Rosse are working on the prospect of expanding their group of athletes and fans, in Florence there are those who focus their efforts on children.

We are talking about Astrolabio, an association that promotes sporting, recreational, cultural, training, educational and leisure activities in support of children suffering from Autistic Spectrum Disorder and other types of handicap.

PITA, the “Water Therapeutic Intervention Project” which helps those affected by childhood psychopathologies to develop and support their intellectual and adaptive functions in the comfortable and fun environment of the swimming pool.

In fact, thanks to water, a general improvement in the cognitive, emotional, relational and motor areas has been noted in children. More specifically, a significant increase in exploratory, attentive and communicative skills; an improvement in mood, socialization and the ability to share playful experiences in a meaningful way with peers; an improvement in basic motor patterns and in the acquisition of swimming skills.

The project sees the contribution of many professionals, such as neuro-psychometricians, pedagogues, psychologists and motor science graduates, who make their skills available to overcome the interaction difficulties that children with Autistic Spectrum Disorder have with children of the same age.

The contact with water, the relationship with educators and the closeness to peers make PITA participants happy and improve their relational skills in other environments as well, such as school and family.

Menarini has shared the Astrolabio adventure from the very beginning. And, following its ethical principles, it accompanies each young participant in a journey marked by play, smiles and encounters, supporting them in discovering themselves and the reality that surrounds them.