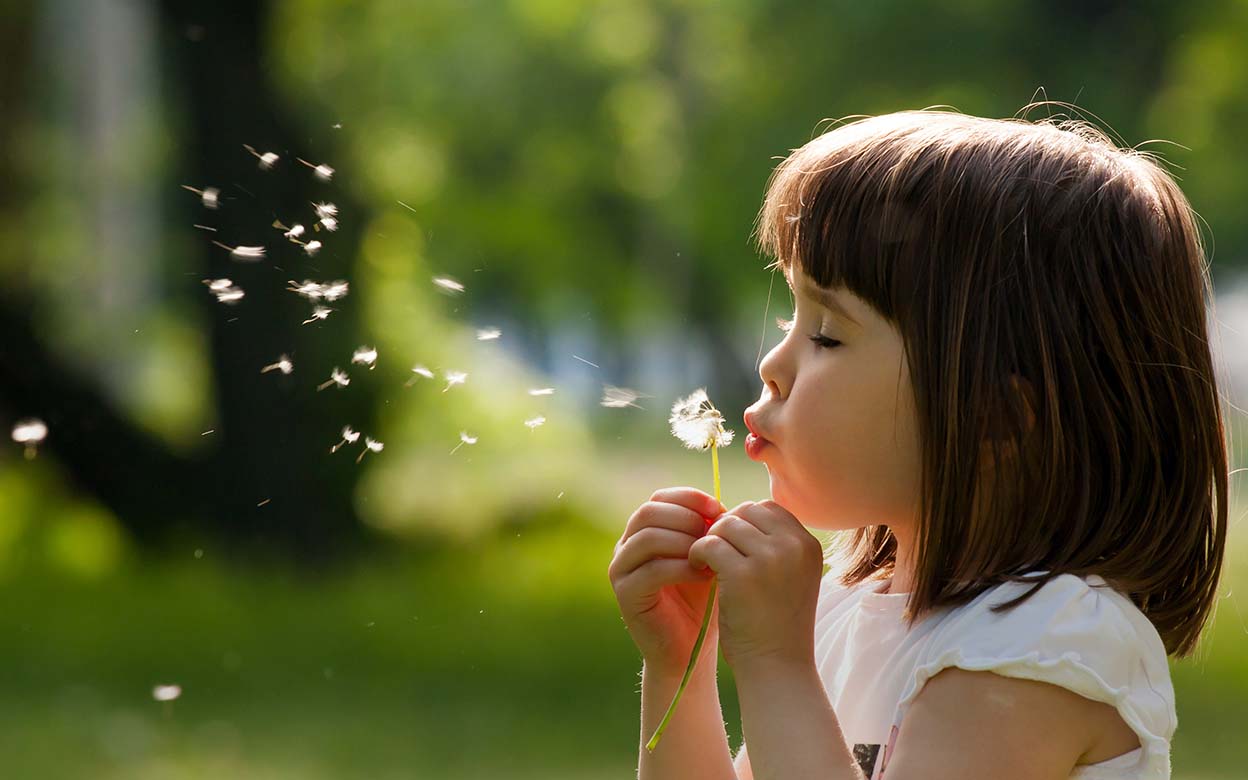 “A dream is a wish your heart makes”, sang Cinderella. And sometimes wishes do come true, and not only in fairy tales. It’s what happened to Raissa and A., two young patients who saw their wishes come true thanks to the collaboration between Menarini Portugal and Make-A-Wish®Portugal, the Lisbon-based organisation that has been operating throughout Portugal since 2007 with a single special mission: to make dreams come true for children and young people aged between 3 and 17 who are suffering from serious illnesses.

Raissa and A.’s dreams come true with the support of Menarini Portugal

The pandemic may have slowed down dreams, but it did not stop them. To say goodbye to 2020, a year that was difficult for everyone and especially for sick children, Menarini Portugal has encouraged its employees to support the Make a Wish charity. This is how Raissa and A.’s wishes came true, also thanks to the company’s contribution. 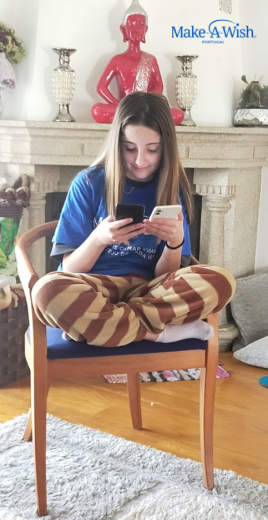 Raissa, 15, is a sweet girl who loves chewing gum and can’t get enough of a good burger, but all she wishes for is a smartphone so she can follow her lessons online. A simple object, yet so precious for someone like her, who has been trapped for so long in a world of loneliness and forced isolation. For Raissa, a phone is much more than a simple screen to look at: it’s her window on the world, her only bridge to the life that keeps going outside the four walls of the hospital, where time seems to stand still. We can only imagine the emotion she felt when she saw the gift of her dreams materialise under a cake box.

“She was so surprised that she couldn’t even speak”, reported the volunteers. Then, after the initial shock had worn off, came an immense, uncontrollable joy. Raissa couldn’t wait any longer and called her friends to share the good news.

“The day my wish came true” – she says – “I felt incredibly happy, because it was exactly what I wanted and needed”. “Thank you for this day, I will never forget it. Thank you so much” adds her mother.

A.’s greatest wish was a Nintendo Switch, so that he could have many intergalactic adventures and race with Super Mario. 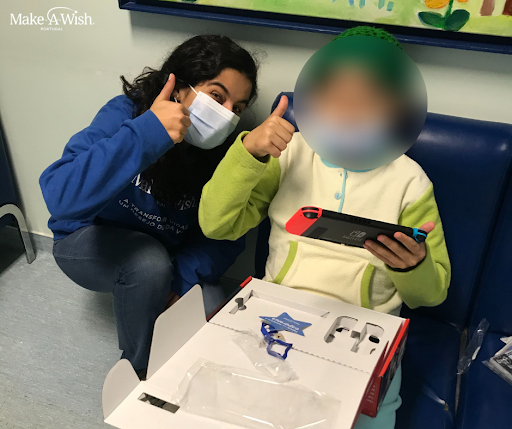 The Make-A-Wish volunteers met him on his birthday.He was waiting for them, happy and excited, like only a child that is waiting for his present can be.A face mask may have hidden the smile on his face, but the eyes never lie. A.’s eyes were shining, according to those who were with him on his special day; it was as if a glimmer of hope had lit up in his gaze.

He happily asked his “fairy godmothers” to install the game, and then went off to his treatments, holding the Nintendo of course, to keep him company during those waiting moments that often seem never-ending. Just like his illness. But thanks to the commitment of volunteers and Menarini Portugal’s precious contribution, at least from now on A. won’t be alone anymore: he will have the superhero with a moustache by his side, the most famous plumber in the world!

Raissa and A.’s stories are impossible to forget. Their smiles are the greatest reward for the volunteers who work hard every day to make the dreams of these little warriors come true. For Menarini Portugal it has been a true honour to take part, through a simple yet significant gesture, in the realisation of these two dreams of happiness and hope. Because a wish came true is so much more than a simple gift.