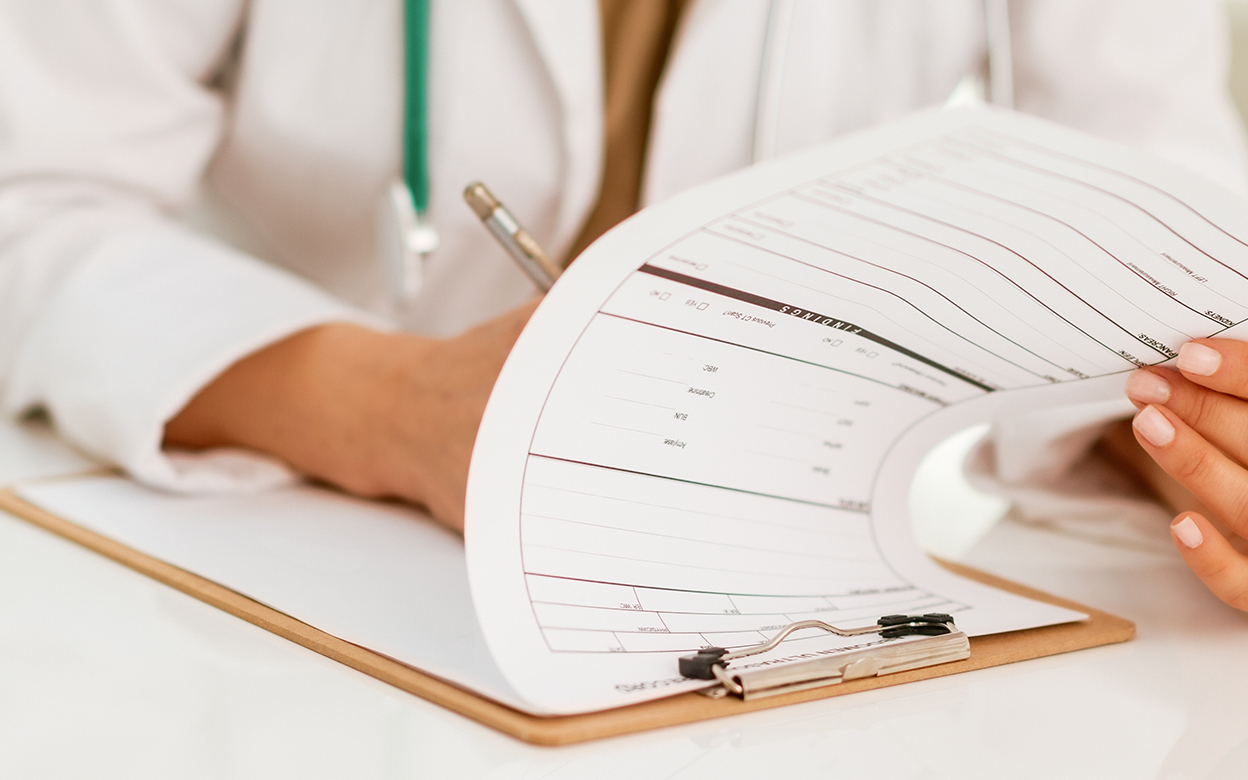 You may have heard of “clinical trials” or “human tests”, but have you ever wondered how they are carried out and who are the people taking part in them?

In this article we will do our best to answer these and other questions, but first let’s take a look at what we’ve covered so far – just to remind ourselves of how we got here. 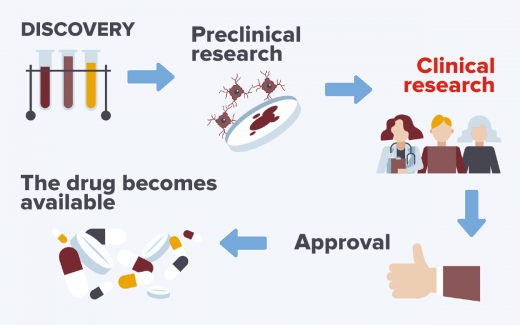 In the first edition of our “Pills… of Research” series, we described the Discovery stage, which, as the name suggests, is when the new active substance is discovered.

We then explained what is Preclinical Research, thanks to which the mechanism of action and pharmacological characteristics of the investigational molecule can be determined. If the preclinical studies result in a positive outcome, then this marks the beginning of all the activities required to start the trials on humans, through a process called Clinical Research.

In order to embark on a clinical study, a specific protocol must be drawn up containing, amongst other information, the procedures for conducting the study and the characteristics that patients must have in order to be admitted to the trial (eligibility criteria).

The protocol is then evaluated by the competent Regulatory Bodies, who will grant the authorization for the study to begin. And that’s not all: the protocol must also be approved by the Ethics Committee of the center where the trial is to be conducted. This step is an essential in making sure that the rights, safety and well-being of the patients taking part in the study are protected.

The purpose of clinical trials is to verify the effectiveness of new drugs in improving patients’ health and evaluate their safety. Trials consist of 4 consecutive phases: the first three take place before the drug is placed on the market; while the fourth concerns the studies which are conducted afterwards. Let’s take a closer look at them, one by one.

Phase I: Is the new drug safe?

Phase I studies represent the first step in testing a new drug on humans, and aim to evaluate the safety of the drug while at the same time investigating its pharmacokinetics (what the human body does to the drug) and pharmacodynamics (what the drug does to the human body in order to exert its effect). Moreover, the range of drug doses to be investigated in subsequent Phase II studies is also established. In this initial stage the drug is administered in gradually increasing doses to a highly restricted group of healthy volunteers. There are some exceptions, however, such as studies on cancer drugs, for which patients are directly involved, even at this early stage. This is because investigational drugs for cancer might turn out to be toxic for healthy people, and it would not be ethical to administer them to those who would not be getting any benefit from them.

Phase II: Is the new drug effective and safe?

The effectiveness of the new drug is evaluated in the Phase II studies, in which it is always administered to larger -though still restricted – groups of people which are no longer made up of healthy volunteers, but patients suffering from the clinical condition which is undergoing study.

The aim is to test the effectiveness of the drug, by experimenting with various dosages and posologies to identify optimal conditions. This is the so-called “proof of concept” to demonstrate that the drug can work for this type of patient. Studies at this phase must be controlled, i.e. the investigational drug must be compared to either a placebo (an inert substance with no therapeutic value) or the reference treatment for the disease in question.

Phase III: Is the drug confirmed to be safe and effective on large numbers of patients and possibly better than existing treatments?

Phase III studies are generally conducted on a large scale, which may even involve thousands of patients from different clinical centers and have the aim of deepening and confirming the effectiveness data obtained in Phase II. These studies can also be undertaken to determine whether or not the new drug is superior to the standard reference treatment for a given disease or to establish new indications or new therapeutic dosages for drugs already present on the market.

If the results from clinical research are positive, at the end of Phase III, the company which developed the drug may begin the process of seeking the Marketing Authorization (MA) from the competent authorities.

This does not mean, however, that the research has come to an end. In fact, it isn’t until after the drug has been introduced onto the market that Phase IV studies can begin.

Phase IV: How does the drug ‘behave’ in real life and in the long term?

The studies carried out in Phase IV (post-registration) consist of a sort of monitoring of a very broad sample set of patients who are taking the drug under real life usage conditions, with the aim of obtaining information on long-term safety and effectiveness, also in comparison to other drugs approved in the same indication of use. Some post-registration studies of Phase IV also involve spontaneous reports from doctors, pharmacists and patients themselves regarding any adverse effects which may appear over time. The ultimate goal is to guarantee the safety of the products on the market.

As we have seen, it takes a long and painstaking process of experimentation before a new drug can be considered suitable for the market.

Researchers, clinics, and pharmaceutical companies which perform the research are clearly the key players in the investigational stage, but who is responsible for the final evaluation of the drug?
Who is called upon to issue the MA? We’ll find out in the next edition of our “Pills… of Research”.

If you’ve missed the other editions of “Pills… from Research”, you can find them here:

The Value of research in fighting Leukemia: Menarini’s commitment to developing new therapies

Journey into the world of research and development of new medicines