Menarini Pills of Art: Madonna of the Grand Duke by Raphael 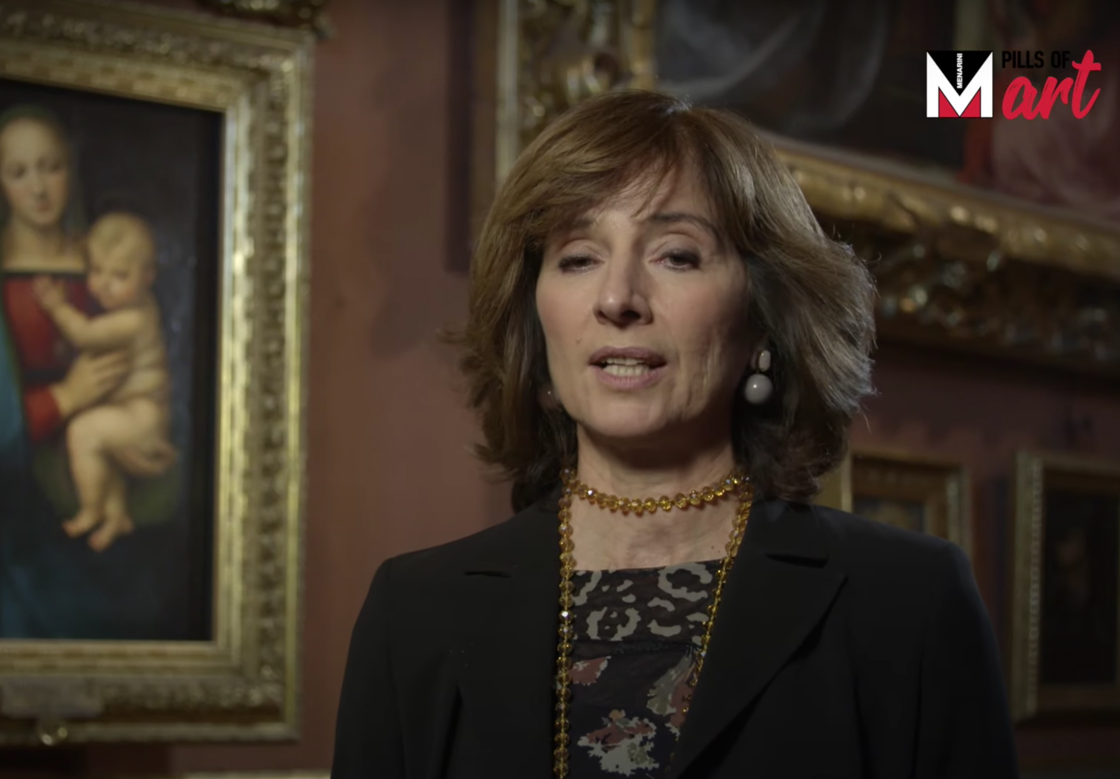 Florence, Palatine Gallery of Palazzo Pitti, the museum with the world’s highest number of canvases and panels by Raffaello Sanzio from Urbino, usually known as Raphael.

Here, Olivera Stojovic, expert in Florentine Art, introduces to us one of the Raphael’s masterpieces: the wonderful Madonna of the Grand Duke.

Raphael and his stay in Florence

This painting was made in an extremely important period for Raphael’s artistic development: between 1504 and 1508 in Florence, at the same time as Michelangelo, Leonardo and Fra Bartolomeo were producing their masterpieces in the city. Thus, Raphael had the opportunity to study the works of these great artists and to observe many 15th century’s Madonnas with Child, made by artists such as Donatello, Luca della Robbia and Ghiberti. The various iconographic models were exposed everywhere: in the houses of the commissioners, in the churches or in the tabernacles of the city.

From these studies Raphael developed his own interpretation of the sacred figures, combining the vividness of the sculptors of the previous century with the sobriety of Fra Bartolomeo; the influence of Leonardo da Vinci, can be seen in the use of the blended chiaroscuro.

Madonna of the Grand Duke

The Virgin is holding Baby Jesus in her arms emerging from a dark background, such that the viewer is completely focused on Mary and Jesus. The scene is full of sweetness, but also of melancholy, as evidenced by the Virgin gazing downward, away from the audience. She seems to be in her thoughts, rather calm though not jovial; Child Jesus looks to be very comfortable in his mother’s hands, with the small body tight to her he is gazing peacefully towards the viewer. Mother and Son are joined in a sweet and affectionate embrace, but the Virgin’s glance reflects the pain for the future sacrifice of Christ. The gestures of the two subjects are measured; in spite of its simplicity, the whole composition conveys the deep affection that binds them. Raphael matured in this period a more monumental and volumetric style of painting, stimulating his attention for expressions of affection towards a greater emotional intensity.

A recent research using x-rays has revealed that under the black surrounding the figures, there was an interior with a pillar supporting arches and a glimpse of countryside to the right. It is plausible that after completion, the background was eliminated to bring the work into line with changing tastes and leave the central group in the magnificent isolation we see today.

The identity of the commissioner is unknown, but the name of the work is due to Ferdinando III of Lorraine, Grand Duke of Tuscany. He bought the painting in 1799 from the Florentine antiquarian Gaetano Gaglier. The Grand Duke was particularly fond of the painting, which was jealously kept in his private rooms. Ferdinando only allowed it to be shown in public when he was absent from Florence.

In 1882 the painting took its place where we see it today, in the Saturn Room and is one of Raphael’s most famous paintings in the Palatine Gallery.