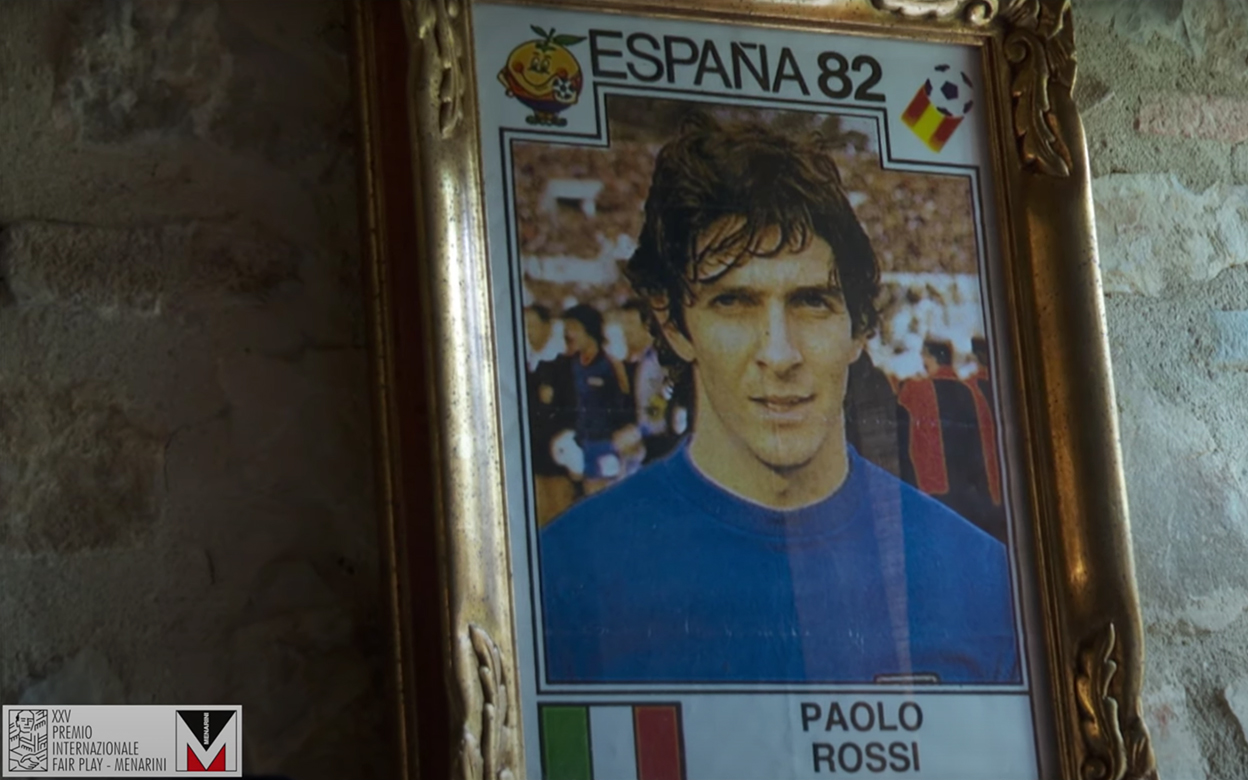 Paolo Rossi is stretching his arms out in glory making everyone’s heart flutter with happiness: this is the unforgettable picture that each Italian supporter has certainly treasured in his memories.

The snapshot of the fifth minute of that famous football match Italy vs Brazil on 5th of July in 1982, when the Italian football star brightened Sarriá Stadium in Barcelona making possible the final victory at the World Cup of Spain. Time stopped. It was the success of an entire nation eager to look up and start again.

With a renewed desire to start over again, just a few weeks ago the XXV Edition of the International Fair Play — Menarini Award ceremony was announced. It will take place on Wednesday, 1st September, 2021 in Castiglion Fiorentino (Tuscany, Italy) in memory of the world champion from Prato (Tuscany, Italy), who prematurely passed away in December 2020.

It is a tribute to the achievements of the former Azzurri center-forward which aims not only to go back over the long list of trophies put on the board by Paolo Rossi, but will focus on the background of a career based on the principles of fair play. His agonistic path was not just a collection of personal glories, rather it developed around the solid foundations of altruism and the positive example for the new generations.

During his 14-year football career, the world champion — affectionately known as “Pablito” — made 341 appearances and 134 goals, also winning the FIFA World Player of the Year in 1982. Then, once he hung up his boots to the nail, his worldwide success has become a reason to help others, among the initiatives: the solidarity album “Voices from the Heart”, dozens of charity matches (played and organized by him) and a concrete support for amateur clubs, which play a fundamental role in the spread of sport values as a mission of life.

The prize for the category “Youth Role Model” of the XXV International Fair Play Menarini Award will be named after Paolo Rossi as a sign of recognition to the football player and — especially — to the man, who was capable of embodying all the fundamental values and principles of every sports community.

The tribute to the star of that magic Spanish summer of 1982 will not only be one of the most moving moments of the International Fair Play ceremony, but it will also be accompanied by the publication of a series of clips paying homage to his memory on the social media channels.

In three short videos, available from June, Federica Cappelletti — wife of Paolo Rossi — relates some of the emotional highlights of Rossi’s career, giving a heartfelt explanation of how the values of fair play, ethical conduct and teamwork always shaped him as football player, as husband, as father and as a man.

«For Paolo, Fair Play was always a way of life», commented Federica Cappelletti. «He always said that decency, values, and the spirit of friendship and collaboration were essential both on and off the pitch. Because of his understanding of fair play as a guiding principle in life, he was so pleased to receive the Fair Play – Menarini Prize in 2010, an accolade that fully reflected what was in his soul and the way that he lived. I can only say how thankful I am that this prize is being named in his memory. I hope that those who receive this award will truly embody the principles and the values that Paolo always conveyed to the whole world».

The XXV edition of the Menarini International Fair Play Award: a fresh start through the values of sport