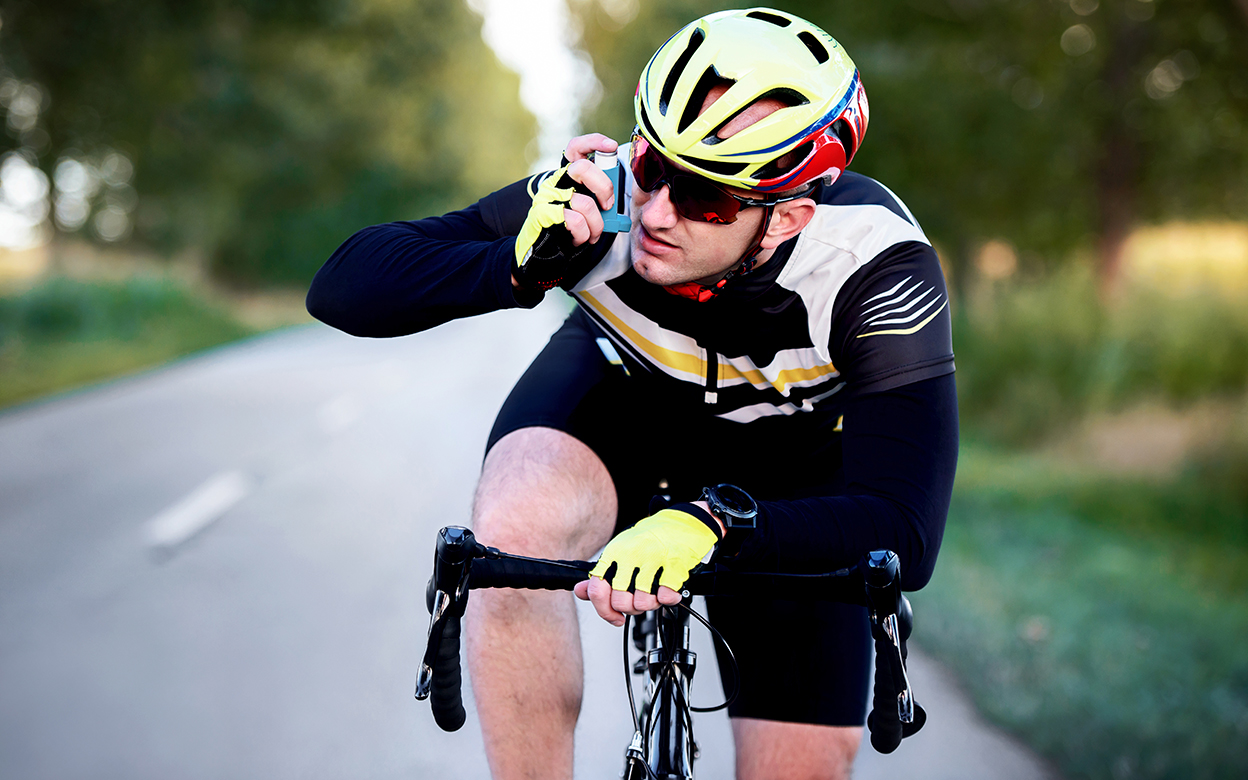 Asthma is an inflammatory disease of the airways that is characterized by recurrent respiratory issues: episodes of coughing, wheezing, shortness of breath (dyspnoea), tightness in the chest.

It is estimated that more than two and half million people in Italy suffer from asthma, while worldwide the number of asthma patients rises to around 300 million. Although it is often considered by patients as an acute disease that “disappears” in the absence of symptoms and only occurs during an asthmatic episode, asthma is in fact a chronic disease. The underlying cause of asthma is essentially an inflammatory process that persists even after acute episodes. As a result, the patient, who mistakenly believes to be in the clear in the absence of symptoms, is exposed to a high risk of recurrence at any time. Asthma can, however, be managed with the available therapies, which, if properly followed, provide long-term control of the condition, even beyond the acute episode.

Asthma is considered to be a complex genetic disease, due to the interaction between genetic factors, which mainly determine the predisposition to the onset of symptoms, and environmental factors, which mainly act as triggers for the disease. The asthmatic person has a condition of bronchial hyperreactivity, i.e. his or her bronchi react in an exaggerated manner to stimuli that are considered “normal” for non-asthmatic subjects: general irritants, exertion, emotions, temperature changes, infections, various allergens.

Hyperventilation as a result of physical exertion or sporting activities can also constitute an asthmogenic stimulus: for this reason, many asthmatic subjects are often discouraged or advised against taking part in physical activities from childhood; sometimes the patients themselves give up sport for fear of worsening their condition. An estimated 9 out of 10 asthmatics avoid sport because they think they are limited by their condition.

The belief that any kind of sporting activity is harmful to asthma sufferers, however, is incorrect. Over the years, numerous studies have shown that asthma control improves when asthmatic patients engage in physical activity: regular exercise is associated with a reduced annual decline in respiratory function, both in young and adult subjects. Therefore, the asthmatic patient can and should practise sport without being intimidated by his or her condition.

The proof that asthma is not a limitation for sporting activities can be found in the performances of several champions in various disciplines, including Olympic champions, who are not asthma patients with supernatural abilities, but patients who receive regular treatment. Among these, we can list football player David Beckham, winner of 19 trophies over the course of his career; as well as diver Greg Louganis, winner of four Olympic gold medals and five world titles. Swimmer Federica Pellegrini, world record holder in the 200 m freestyle and European record holder in the 400 m freestyle, also found out she had asthma in 2008, at the height of her competitive career. These are just a few examples that show that suffering from asthma is not an obstacle to a top-level sporting career.

For asthmatic subjects wishing to partake in sporting activities and making the most of them, it is important to take a few precautions:

In conclusion, asthma should not represent a limitation in the life of the patients. Asthma can be controlled, and for many it does not prevent top-level sports performances. , who should be able to practice a sport of their choice.

Physical activity is not only possible for asthma sufferers, but highly recommended, because its positive effects are both at a physical level, with considerable improvement in breathing capacity, and at a psychological level: practicing a sport is often the first step towards a change in the lifestyle of asthma patients, with a more proactive attitude that considers asthma in its chronicity and understands the importance of continuity of prescribed treatment beyond the acute episode, in order to achieve one of the primary goals of asthma treatment: long-term control of the condition.