ART FOR EVERYONE! Menarini Pills of Art Junior: a new amazing series for the youngest. 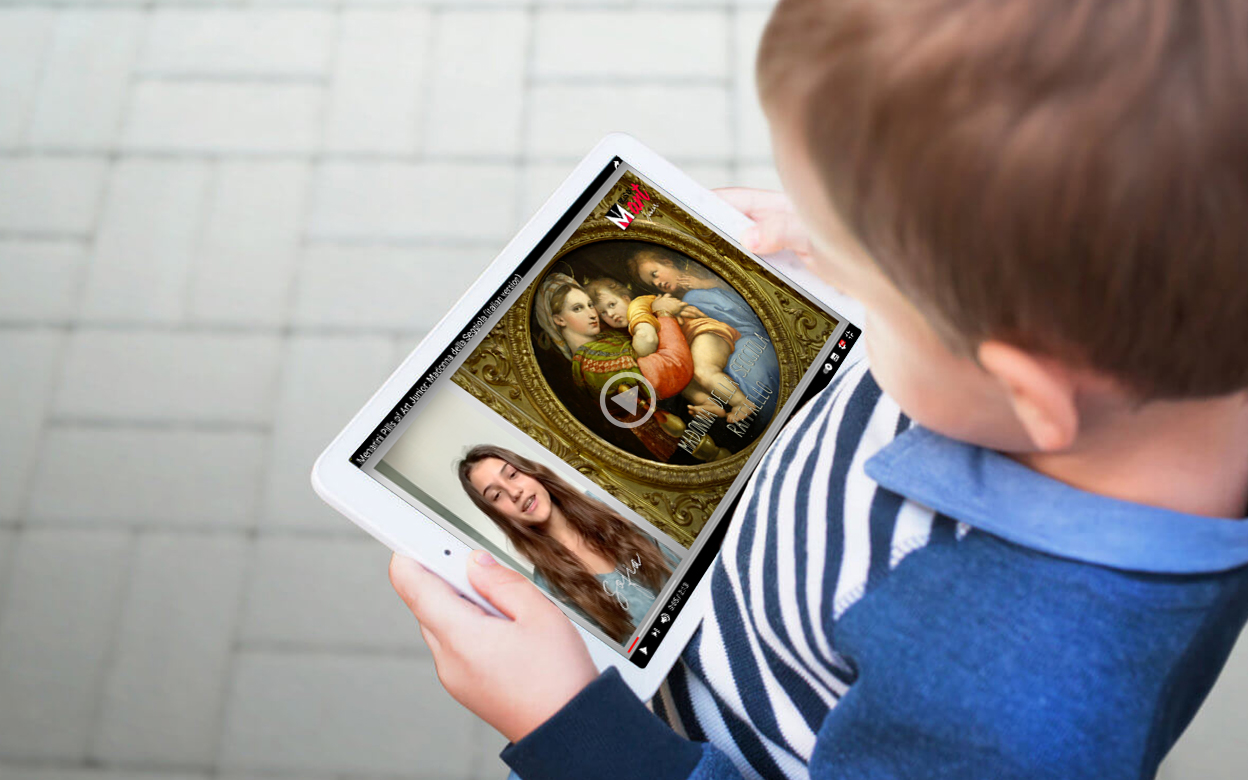 Following on from the success of Pills of Art – whose videos have made 18 million views worldwide – Menarini launches a new version dedicated to children and teens. In this new and fresh series, children have a starring role. Precisely the kids are the ones asking the art expert the most disparate questions – sometimes even bizarre – about the most fascinating artworks of the Italian Renaissance and their authors.

It has been over 60 years since Menarini published its very first volume of art, which was so highly appreciated by the readers that the Company decided to continue the tradition. Thus, other art publications have followed on year after year. The narrative style and approach has changed over time: from the first stories and news reportages, they have moved on to unique monographs – which are still available – about some of the greatest Renaissance painters and sculptors, finally getting to the today’s popular Pills of Art. The latter – short videos just over one minute long, realized in eight different languages (Italian, Spanish, Portuguese, French, German, Russian, Turkish, and Chinese) – have succeeded in intriguing and generating an interest in a high number of viewers and bringing people closer to the world of art.

As a confirmation of Menarini’s particular attention for the culture and the splendid Italian artistic heritage, Pills of Art Junior have hatched with the aim of getting the younger generations talking about art and with art.

«The world of art is made up of colours, of stories, of fascinating characters which, when explained in a more ‘traditional’ way, using lesser known terms and language, may often seem boring, particularly to children» these the words of Lucia e Alberto Giovanni Aleotti, shareholders and members of the Menarini Board. And it is indeed with great simplicity that the videoclips reveal curiosities and anecdotes, myths and legends related to the most famous artworks of the Italian Renaissance.

«Who are the people depicted in the Primavera and why are they dancing in an orchard instead of a ballroom?» or «Why was the Medusa painted on a shield?», these are just some of the questions posed by the young interviewers to the – almost likewise young – experts of the art world, who answer in an easy and direct way aimed at getting the younger generations interested in these world’s timeless masterpieces.

Currently online on the Menarini Group YouTube channel are the Caravaggio’s Medusa, the Botticelli’s Primavera and the Raffaello’s Madonna of the Chair, available in Italian and English. These are the first videoclips by Menarini Pills of Art Junior, a series that will be enriched month-to-month with new “pills”, alongside the already popular Pills of Art.

«With the Menarini Pills of Art Junior we wanted to see art through the eyes of children and teenagers, with the same sense of curiosity, as if they were on a journey that takes them on a voyage of discovery of a different world of art, rich in colours of all different shades, full of legends and fun capable of making us all notice details which we, as adults, have long stopped noticing».

This is a change of perspective and a fresh innovative way to see art, which the great masters themselves would have approved!